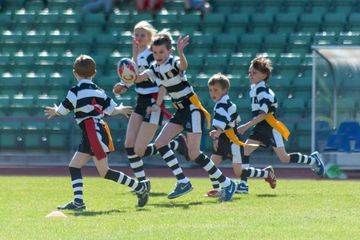 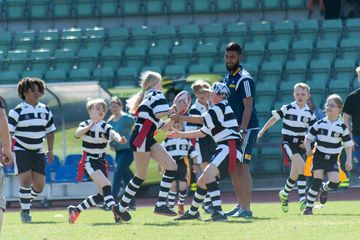 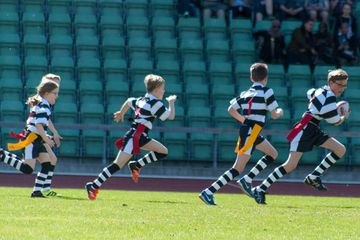 Sagene Rugbys Juniordepartment took on one of their more ambitious coaching plans to date by contacting Pål Jåbekk at HiOA and suggesting that we take a training session with their student gym teachers who are doing their first year of their bachelorsdegree «Faglærerutdanning i kroppsøving og idrettsfag». Coaches from Sagene and Blindern Rugby Clubs are already involved in the Schools Project coaching students in schools in the Sagene/ Voldsløkka catchment area and are setting up to coach teachers at some of these schools also.

When Pål was contacted through Elin Longva, leader of the working group in Sagene IF Rugby with the suggestion and contact details, he was very positive and a date and time was set. Contact was made with Chris Spencer (SRK) at NRF, again the plan was met with positivity and a guide to receiving funding was sent to us. As there was the possibility of up to sixty students taking part they were broke into 2 groups, Group 1 from 11:30 to 13:00, Group 2 13:00 to 14:30.

As so often happens with seemingly well planned activities there is room for crisis, this came in the form of a missing key to get into the storage room to get rugby balls, this was discovered to be the case at 10:40 and a distress signal was send out to all coaches. The situation was quickly calmed by none other than our Youth Rugby Leader John Michael Moulton saying I'm on the bus, balls and all. So not only did the session get the much-needed balls but also gained John Michael who stayed to join in turning a seemingly crisis into a very successful day as was shown in the very good feedback that we got from the students.

The session itself was broken into an introduction and history of the sport, basis passing and movement of the ball and then Tag Rugby games using the passing techniques practiced earlier. Many of the students come from varying disciplines of sports i.e. soccer, track and fields, long-distance and orienteering and American Football but once the strange concept of passing the ball backwards to go forward was overcome I found myself refereeing a number of very highly competitive Tag matches with all players contributing to their team - this certainly strengthens the idea that rugby is for all and caters to each person's strengths and abilities. The session got its best feedback from Pål Jåbekk who upon arriving back at his office contacted Sagene RK about the possibility of 2 further sessions in the next semester with the same groups of students with the school funding the coaches. So from an early setback to a positive solution, successful training session to good feedback we now have new friends in HiOA.